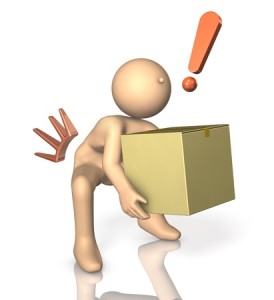 Imagine you are about to pick up something really heavy. You take a deep breath in and hold it, bend down, grasp the object, and bare down. You grunt as you try to lift the object. Suddenly you feel this sharp excruciating pain in your lower back and even down to your hip that takes your breath away. The pain is so severe that you cannot straighten up. Walking and moving are excruciatingly painful. In the mirror, you look so twisted that you feel like a pretzel. What happened?

What happened in this case was that would by trying to recruit your diaphragm to lift the item. This happens a lot with shoveling snow and lifting heavy items. The diaphragm attaches to the sternum, lower six ribs, and lumbar spine. It has fibers that attach to the same structures as your psoas major, quadratus lumborum, obliques, intercostals, and more. The diaphragm is a powerful muscle and is not intended to be used for lifting objects, but for breathing. As it went into spasm, it may have pulled the structures so strongly that they were moved from their ideal position. This caused spasms in many of the other muscles mentioned above that are attached to those same structures to protect those structures. Suddenly a whole domino effect throughout the body takes place to deal with this issue. The psoas major, for example, is a powerful hip flexor. Therefore when it too went into spasm, it would keep one bent over.

During my training I have heard doctors state that it was impossible for the diaphragm to spasm. Their reasoning is that if it went into spasm, then one would be unable to breathe. It sounds reasonable but is incorrect. A spasm can be in a part of a muscle. More often than not, it can still function while in spasm. Its ability to function optimally is reduced by how severe the spasm is. Reach down and give your calf a big squeeze. Chances are it is involuntarily contracted and sensitive over certain areas. However, even with your calf having a spasm, you can continue to walk. Resolving this spasm in the diaphragm can be extremely helpful in getting the back to heal as quickly as possible. Otherwise the body might be able to compensate for it, but the underlying spasm will not necessarily go away unless the structures are back in their ideal positions.

What Happens When Your Back Goes Out?
Tagged on: Doctors    Function    Holistic Health    Low Back Pain    Osteopathy    pain    Pain Relief    Sciatica