The rule of the artery is supreme.” Andrew Taylor Still, D.O.

This quote is often mistaken as being the primary principle that osteopathy is based on. Dr. Still, the founder of osteopathy wrote about the importance of other structures and having the whole body in working order. Having said this, he did understand how vital unobstructed blood flow is to overall health. Having unobstructed blood flow generally means all the tissues are in proper working order. 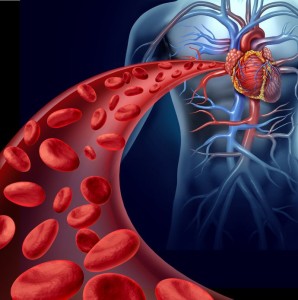 Blood flow is highly important for the overall health of the body. The tissues that get the best blood flow are the healthiest. That is an obvious statement. However many healthcare providers operate with the idea that as long as some blood is getting there, it has no impact on health whether there is a compromise on the amount. Especially if there is not an immediate effect.

How The Body Responds To Stress

If the time comes to run from a lion, changes take place to deal with that. Some changes include the heart beating faster and blood being shunted from organs that are not as helpful to deal with the immediate scenario. In this case, blood would be shunted from the digestive system to muscles involved with immediate survival including the heart muscle.

Modern lifestyles have tipped this balance in favor of the sympathetic nervous system. Because stress can be triggered by the mind and perceived stressors, even when we are not being active or there is no real danger, our nervous system can operate like we are trying to deal with an imminent threat. Instead of using the fight or flight portion of the nervous system for an immediate stressor, our minds may maintain this perceived threat for extended periods dealing with chronic stressors.

This imbalance has major impacts on our health, including the heart by taxing it too long. Even if blood is increased to the heart to pump faster in times of stress, blood flow may not adequately meeting it’s metabolic demands when the stress is chronic. Many diseases that are prevalent are either caused by stress or influenced by it.

I often see that resolving aches and pains has an overall calming effect on patients and abdominal gurgling starts as the nervous system becomes more balanced. This is from the parasympathetic activity being able to better regulate digestion. 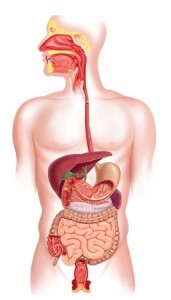 I believe that the chronically decreased blood flow to major organs including the digestive system is part of the reason that chronic stress causes so many health problems. The health of the digestive tract is highly important for overall health by absorbing nutrients and water. In order to operate well, the digestive tract requires a big portion of our daily blood flow. This helps tissues regenerate quickly, keep the immune system fighting potential infections, and absorbing nutrients and water to name a few reasons that so much blood is required.

So because of all this, chronically shunting blood from the digestive tract can have a huge impact on health for example. In other words, prolonged stress in the body chronically shunts blood from the areas that need it when the body is relaxed to aid in digestion and healing to areas where blood is not needed as much at that time. This can affect the overall health and function of many organ systems.

What Can Be Done?

Practices that calm the mind such as meditation and exercise are great ways to get started with helping calm the nervous system. Practiced regularly, these have great effects on helping one deal with stress. Structural problems also need to be addressed.

Osteopathic treatments are often aimed at balancing out the nervous system by removing structural dysfunctions that are having direct or indirect negative effects on it. This can be accomplished by resolving dysfunctions and pains throughout the body that may keep the sympathetic nervous system up-regulated. This can help improve blood flow to areas that should be getting it during times of relaxation and healing. Reflexes can also be used therapeutically to reset the nervous system.

In addition, osteopathic treatments also work to release bones and other structures that may be mechanically compressing and inhibiting optimal blood flow to an area. This helps improve nutrition and clearing waste of the area and getting immune and other cells to where they need to be. In my opinion, just because blood is getting to an area does not mean the area is as healthy as possible. Optimal health should be the goal. Not assuming everything is well because it is “alive.” Structural dysfunctions cannot and should not be ignored for optimal health and its impact on blood flow.

One thought on “The Rule of the Artery: Osteopathic Reflection”