These days there is so much conflicting information about health. There are so many different diets, exercise programs, medications, supplements, and more. It can become overwhelming even if you are an expert on health. Since its beginning, osteopathy has looked for answers in nature. In his book Osteopathy: Research and Practice, Andrew Taylor Still wrote, “The Osteopath who succeeds best does so because he looks to Nature for knowledge and obeys her teachings . . .” This is a great place to start and is the standard we should strive for.

What Does This Mean?

It seems with so many things labeled “natural” these days, this has lost its meaning. Its definition is no longer clear. Foods that are clearly not natural are allowed to be labeled as such. For example, the FDA allows genetically modified foods (GMO’s) to be labeled as “natural.” What I mean by natural or nature in this case is “as nature intended.” How can a food that is genetically modified be as nature intended? The act of needing to genetically engineer to modify something nature created is not what nature intended. Taking a gene from a fish and splicing it into a plant would have never happened in nature.

Do We Improve Upon Nature? 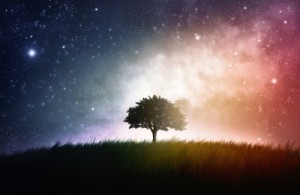 So many things in the past have been successfully marketed where people were led to believe that nature had been improved upon. For example, at one point parents were convinced that baby formula was better than breast feeding. I remember rotating in a pediatrician’s office when I was going through my training. There was a mom there who was concerned because she was “only breast feeding” and was worried that that was not sufficient. Were not mother’s bodies designed for this?  I had to remind her that most humans that have ever lived on this planet survived solely on breast milk and that was sufficient.

Another example is shoes. Marketing has been so successful with convincing people that shoes are good for our feet, we get offended when people do not wear shoes or we pity them. Most have bought into an unfounded baseless idea that our feet were not designed to walk on concrete and we need shoes to combat the unnatural environment. Anyone has actually walked barefoot in nature knows very well there are very hard surfaces in nature. It is often more forgiving on our feet to walk on concrete. Instead we have deformed our feet, made them less pliable, and less able to cope with the environment and we blame it on the ground. Marketers have successfully led people to believe that “nature did not get it right” when it comes to feet and therefore we need their products. Shoe companies have never provided research evidence for the benefits of their shoes.

Often times we are led to believe that we have made improvements on nature only to find out later that we were wrong. We may do things that make our lives more comfortable, but it is often at the expense of nature. Look at the impact we humans have had on the environment and what that does to our health. We dump chemicals and pollute our environment, yet we keep ignoring those factors in our overall health acting like it is a mystery when a new disease shows up or previously rare diseases suddenly spike. People sometimes reason that humans live longer now and that is why we have so many diseases, but that is not necessarily true. The idea that ancient humans were old if they reached their thirties has been debunked. Although mortality was much higher early on, humans who survived to a particular age had similar lifespans to modern humans.

What About Natural Health?

If you want to know what you should try for your health, ask yourself what humans in their natural environment would do? If you have questions about food, what kinds of foods would humans eat in nature? If you have questions about what kind of pillow or mattress, ask yourself what kinds of surfaces humans were intended to sleep on. Want to know how to exercise? Ask yourself how people would move in their natural environment. We were not intended to be sitting in front of computers for extended periods. How were we designed to walk or run? You can even ask yourself what a natural relationship between a mother and a baby would look like. I guarantee you babies would not sleep separate from their parents and forced to cry through the night. That would make them easy predator food.

There are many chemicals we consume that we were not intended to consume. Just because there is not an immediate impact on your health with it, it does not mean that it will not affect you in the long run. Currently we pay to have companies dump their toxic by-products in our water for a neurotoxin meant to help prevent cavities, fluoride. We ingest pesticides, food additives, and other chemicals relying that our governments protect us even though historically this has not been the case.

The same goes with the structure of the human body. If you want a healthy body, restoring the structure and internal environment as close to what nature intended is good for health. As an osteopathic physician, that’s what I study. I evaluate structure for how it feels versus how it should feel. The closer I can get it there, the better people often feel. People would likely also feel healthier cutting out processed foods, getting chemicals out of the water, and considering our exposure to radiation such as from cell phones. Nature should be the standard.

In this day and age, it is very unlikely we will get back to our natural environment. If we want to improve our health and the health around us, we should be trying to get back to nature as much as possible. Inherently we know that restoring our environment and our bodies as close to as nature intended is beneficial for our health.