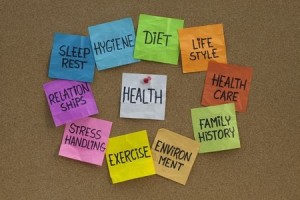 According to Merriam-Webster Dictionary, the word health is defined as, “the condition of being sound in body, mind, or spirit; especially :  freedom from physical disease or pain.” In short, this is saying that health is simply the “absence of disease or pain.” Sounds good right? This definition of “health” is what drives the medical field today. Think about it. The traditional medical approach takes whatever symptoms people have and the medicine given is generally aimed at suppressing the symptoms or simply remove them. Because as long as those symptoms are not present, then one is “healthy.” If you have inflammation, you take an anti-inflammatory. If you have a runny nose and congestion, you take a decongestant. If you have a bacterial infection, then you take an antibiotic. If you have high cholesterol, you take a statin to lower your cholesterol. If you have high blood pressure, then the solution is to take a medication that lowers your blood pressure. The list goes on and on. This has been the mind set that is used when developing medications. Another approach is that if something is causing a problem, we simply remove it as long as it can be removed. Your gall bladder or appendix become inflamed, then let’s simply cut them out because you can live without them. Problem solved and you are “healthy” again because you are now free of physical disease and pain. The problem is that this is not a complete picture of health. Have you ever heard someone say something like, “So and so was healthy and then out of the blue had x and died”? Unless they caught an acute disease that is fatal within hours or days, that person was not “healthy” and then just died. The problem is that they really were not healthy, they were “asymptomatic.” Medicine will never see “health” as more than this as long as we operate with the mentality that health is the absence of disease and pain. Health is multifactorial which has multiple components including nutrition, exercise, structure, hydration, sleep, and many other components. I believe that operating with the above definition of “health,” doctors have made many assumptions about health and the human body. Let’s explore some.

“You Have An Ibuprofen Deficiency”

Health is more than just the absence of physical disease and pain and this picture is incomplete. With this approach, the cause is not being looked for. For example, inflammation does not cause a disease. If you were to break a bone, the ensuing inflammation is not the cause of the pain nor is it the problem. It was the broken bone that triggered the inflammation response. The inflammation is the body’s response to irritated, infected, or damaged tissue. If there was no reason for it, the body would not produce inflammation. Many disease processes that end in -itis are considered causes of disease or problems.  With a broken bone, the answer is obvious, but for subtler issues, the answer is not. For example, many doctors consider the cause of arthritis to be inflammation of the joints. What causes those joints to become inflamed?  What created the environment that led to the gallbladder to become inflamed?  What created the environment that led to tendons becoming inflamed? Why does fascia become inflamed? Those are the real question we should be asking. Instead, the medical community should be looking for the triggering mechanism of the inflammation whether it be a problem with structure, a nutritional deficiency, or anything else. Then we are getting to the cause of the inflammation. People do not have inflammation because they are deficient in anti-inflammatory medications. As long as we look at inflammation as a cause we are just masking the problem never really addressing the underlying cause as the real problem continues.

“Is A Colonoscopy Preventive?”

“We Can’t Find Anything Wrong, Therefore, There Is Nothing Wrong With You” 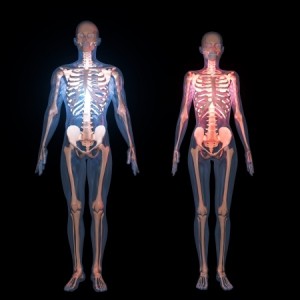 Doctors in general assume that if something is not defined as abnormal in an x-ray, CT scan, MRI or other imaging study, that there is nothing wrong with you. With pain, it is often then considered a “soft tissue” injury which they assume will go away. The problem is that it does not always go away. I see patients like this all the time that have “soft tissue” injuries that were not caused by an injury and did not go away. I believe one reason doctors are not effective at treating pain and prescription narcotics are out of control is because doctors refuse to believe that any problem can be structural unless it is visualized. This means that your doctor believes that subtle problems cannot cause pain because they are not significant. It is in the subtleties that I find patients finally get relief. Only when a problem is large enough to be seen, can it then be deemed as being able to cause pain per the medical profession. In my opinion, when it comes to pain, by the time something is bad enough to show up on imaging, it’s pretty far along its process. Imagine a joint being a little off and not being able to work appropriately. At first it is not a big deal, but as it wears on then the joint becomes a little inflamed. After many years of inflammation, the joint has structural changes visualized on an x-ray and is then called arthritic. It would have been much better to address this when it started by restoring normal function to the joint. X-rays, MRIs and other tools have limitations. They are snap shots of specific structures which can provide valuable information at making a diagnosis. Snap shots are not good at measuring motion, especially subtle motion. Can you tell accurately how tight a nut and bolt are from a picture? If the purpose of joints is to provide motion, wouldn’t you want to measure far and how well a joint can move instead of just looking at a picture? If a doctor cannot find something wrong, they often do not believe you. Nor do they often believe that anything can be done structurally for you other than surgery or injections. Then you are left without many quality options. At least you can rest assured because you are considered you are free of physical disease and are therefore “healthy”.